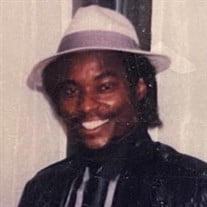 Ollie Earl “Poon” Moore, Jr. 65, passed away Monday, February 8, 2021 at the North MS Medical Center in Tupelo, MS. He was born November 23, 1955 in Monroe County unto Ollie Earl and Juanita Moore, Sr. His professed faith was Methodist. Later in life, he became more interested in “the truth” according to the Holy Bible and how to get into God’s kingdom as written in Revelation 22:14 He graduated from Nettleton High School, where he played football and was an honor roll student. He was a member of the Masonic Lodge #742. He was also a member of the Elk’s Club that participated in providing eye glasses and groceries to the needy during the Christmas holidays. He worked as a bartender at the popular Elk’s Club in past times. He was a bartending enthusiast who had an exquisite eye for bartending perspectives and the hospitality of the business. He worked at Aircap, Richards Furniture, worked in construction building bridge and roads, as well as other side jobs that kept him busy. Later, as his health began to decline, he was employed part-time for several years at Quality Discount foods in Shannon, MS. He thoroughly enjoyed racing cars and motorcycles. The 1977/78 Z-28 Camaro and his custom navy blue ‘88 Monte Carlo SS were two of the most favorite cars that he owned. He also enjoyed hunting. His grandchildren loved to hear him tell the story about the time he went rabbit hunting by himself. Of course, he told this story all excitement. He was around 16, he shot a rabbit and the wounded rabbit ran into the hollow of a tree. He reached in to drag him out, and “bam!” a snake bit his hand. He said he dropped the rabbit and the gun and ran for his life out of the woods. His hand swelled twice the size, but grateful to God, it was not a poisonous snake. He was preceded in death by his parents and stepfather Herman “Pete” McMorris. He is survived by his daughters, Alicia Gordon of Tupelo, Jessica (Hershall) Hunter of Tupelo, his son, D’Army Willis of Clarksdale, MS, his uncle, Thomas Johnson and aunts Arnetta “Sister” Baker and Bobbie Ford, and a host of grandchildren, cousins, and other relatives. ORDER OF SERVICE Prelude - Soft Music Processional – Soft Music Scripture Reading – Read Silently Old Testament - Psalms 68:20 “He that is our God is the God of salvation; and unto GOD the Lord belong the issues from death.” New Testament - Matthew 5:3 “Blessed are the poor in spirit: for theirs is the kingdom of heaven.” Prayer of Mercy – Hershall Hunter (Psalms 51) Words of Expression – Family/Friends Eulogy/Words of Comfort – Hershall Hunter Recessional – Soft Music ---------------------------------------------------------------------------------- The BOOK of ECCLESIATICUS which is SIRACH from the 1611 KJV BIBLE with the Apocrypha Ecclesiasticus 14:12 “Remember that death will not be long in coming, and that the covenant of the grave is not shewed unto thee.” Ecclesiasticus 41:3 “Fear not the sentence of death, remember them that have been before thee, and that come after; for this is the sentence of the Lord over all flesh.”

Send flowers to the Moore family.