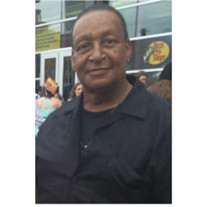 With deepest sympathy we remember Mr. Milton Copeland... Milton Copeland was born April 27, 1951, in Chicago, Illinois to Leonard Copeland and Annie Pearl Ferguson. "Fly" as he was affectionately known, was the fourth born of six, the eldest of three sons and younger than his three sisters. At a very young age, he gave his life to Christ and joined Chapel Grove Holiness Church in the Chesterville Community. As a child, he worked on the family farm alongside his older sisters, taking on the role of a big brother, although he was the youngest of the four. By his 15th birthday, Milton was working at a local gas station and was also a cook at the Trace Inn, a high-end restaurant and hotel. By the age of 20, he was working at Mid-South Packers, where he stayed for 15 years. He went on to drive trucks for Budget Rentals for 10 years and to build furniture at Westwood Industries for over 20 years, where he was an exemplary employee who received perfect attendance numerous times. He also worked at Quality Foods before his health started to decline from heart-failure. While awaiting a heart transplant, Milton renewed his relationship with his Lord and Savior in 2007. After two years of waiting with deteriorating health, he received a heart transplant in mid-September 2010. Immediately after, Milton began to inspire, encourage, and motivate others who were lost and feeling hopeless. He shared his testimony, not only in church, but to many others. He always said, "God can do anything if you have faith and believe. Just look at me." Over the next 9 ½ years, Milton lived life to the fullest by serving as a deacon at Chapel Grove Holiness church. He was a faithful member and servant of the Lord who could always be counted on to do anything for the church and he never turned his back on anyone in need. He even traveled with the Spiritual QCs, a professional gospel quartet, for a short period of time. Milton was also an outdoorsman who enjoyed yard work, fishing, hunting, barbecuing, grilling steaks, frying fish, and preparing pans of deer meat. He loved watching NASCAR, football, basketball, boxing, Swamp People and The Haves and the Have Nots. He was a family man who adored and loved spending time with his grandchildren, with whom he had a very special bond. He was blessed to see his older grandchildren, (Russell Jr., Raven, and Racquel) graduate from high school and years later, he saw Russell Jr. and Raven graduate from the University of Memphis. He also traveled to see Nadia's competitive soccer and softball games. He was one of her biggest fans and always cheered for her loudly. Milton lost his battle with COVID-19 on April 13, 2020 at the University of Medical Center in Jackson, Mississippi. He leaves to carry his legacy, one son: Russell Samoan Copeland Sr. (Natasha); two brothers: Jerry Copeland (Shirley), and Billy Copeland; one sister: Martha Lowery; four grandchildren: Russell Samoan Copeland Jr., Raven Copeland, Racquel Copeland, and Nadia Copeland, along with a host of nieces, nephews, and friends. He was preceded in death by his parents, Leonard Copeland and Annie Pearl Ferguson Bradley and his sisters, Minister Lennie Mae Copeland-Givhan, and Louise Copeland Bunville. Graveside Service: Monday, April 20, 2020 at 12 pm at Chapel Grove Holiness Church Cemetery, 6312 Longview Road, Tupelo, MS 38801 Walk Up Visitation: one hour prior to service Expressions of sympathy may be left at www.nljonesandsons.com or on Facebook at N.L. Jones Funeral Directors. "A Pillar of Strength in Time of Need."

With deepest sympathy we remember Mr. Milton Copeland... Milton Copeland was born April 27, 1951, in Chicago, Illinois to Leonard Copeland and Annie Pearl Ferguson. "Fly" as he was affectionately known, was the fourth born of six, the eldest... View Obituary & Service Information

The family of Milton Copeland created this Life Tributes page to make it easy to share your memories.

Send flowers to the Copeland family.