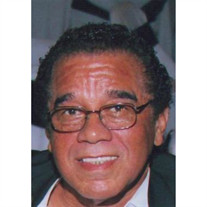 Born December 30, 1943 in New Albany, MS to the parentage of Dock and Ella Jones Beasley, Thurmond was reared and nurtured in a Christian home. Thurmond acknowledged the need for salvation early in life and received the Lord Jesus Christ as his Savior at Watson Grove Baptist Church in New Albany, MS. He received his formal education from Union County Training School/BF Ford High in 1962, continued his education at Jackson State University, and graduated with a Bachelor of Science in Chemistry in 1965. His passion for medicine became evident when he attended Meharry Medical College and graduated in 1971 with a Doctor of Dental Science. He spent a year of residency at the University of Pennsylvania and was a proud graduate of Harvard University's Anesthesiology program. Thurmond practiced Anesthesiology at Union County Hospital along with his first dental practice with Dr. Edwards. A couple years later, he worked alongside Dr. Thomas in Tupelo, MS, and upon Dr. Thomas' retirement, took over his office. He continued his love of Anesthesiology at North Mississippi Medical Center. Thurmond was privileged to be a member of numerous organizations, including: American Dental Association, Mississippi Dental Association, The Mississippi Dental Board, The National Black Dental Society, Southern Conference of Dental Deans and Examiners, American Association of Dental Boards, American Society of Dental Anesthesiology, A Deputy Sheriff, Three Rivers Planning and Development Committee board member, NAACP, the founder of Political Action Committee in New Albany, MS, one of the founders of The Jackson State Alumni Tupelo Chapters and a proud member of Omega Psi Phi fraternity. The immortal existence of Dr. Thurmond Beasley became a reality on Thursday, September 30, 2010. He was preceded in death by his loving parents, Dock and Ella Jones Beasley. Those left to rejoice in the promise of eternal life are his loving children: Phyllis Ferguson, Veronica Hayes, Tia Beasley, Eric Beasley, Thomas and Richard Beasley; two brothers Tommie (Frances) Beasley, Dr. Herman Beasley (Deborah); one sister Minerva (Rev. Colbert) Graham; thirteen grandchildren; and a host of friends who loved him very much.

Born December 30, 1943 in New Albany, MS to the parentage of Dock and Ella Jones Beasley, Thurmond was reared and nurtured in a Christian home. Thurmond acknowledged the need for salvation early in life and received the Lord Jesus Christ as... View Obituary & Service Information

The family of Dr. Thurmond Beasley created this Life Tributes page to make it easy to share your memories.

Send flowers to the Beasley family.